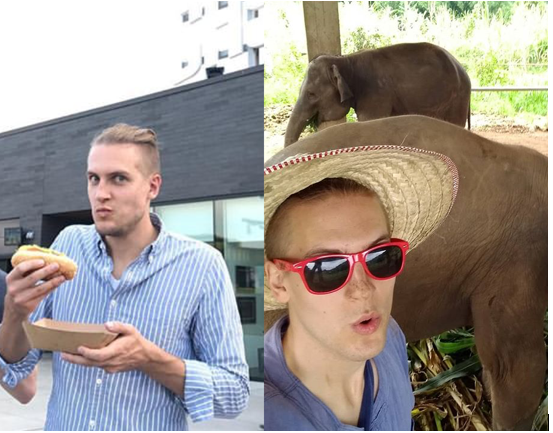 If there was a direct correlation between weird intellectual curiosity and height, Ben would be 6-foot-4. Oh holy $&!# he is actually 6-foot-4. He pregamed this trip by wasting 45 hours of his time researching failed expeditions to Noah’s Ark on Mt. Ararat. While recruiting for tech. During final exams. Bless his soul.

Ben is from Minnesota but spent five years before Ross at a Colombian startup. Yes, he is fluent in Spanish. Yes, he had a wild man bun when we first met him. Yes, he is the only Timberwolves fan in the world.  No, he is not “Minnesota nice,” but we’d never know if he was.

As the only member of this team to have previously led a trek (shoutout C-Trek Spring Break 2019), Ben is an important cog in our wheel. Just don’t let him roll us up Mt. Ararat.