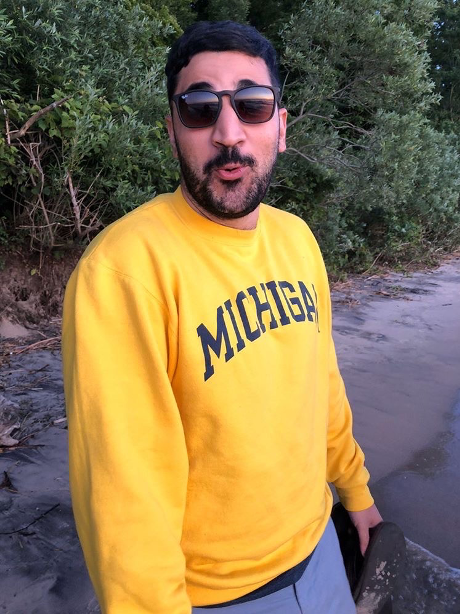 Iman Shakeri, a self-proclaimed Dr. Seuss enthusiast, is a world-class conversationalist and dog-dad, and brings kindness, astuteness and all-around positive vibes to this year’s trip. If it existed, Iman would unanimously win Ross’s Most Likely To Do Good award and has never told a lie in his life…if you exclude the report card grade-altering habit he didn’t kick until the 8th grade. This past football season was an exciting time for Iman, when he got to purchase and brush the dust off his Tennessee Titans gear and cheer publicly without shame during the traditionally mediocre team’s playoff run. Last summer on his MTrek in Vietnam, Iman ensured that the ending to each day was a happy one, and could frequently be found on the dance floor covered in sweat with his shirt half unbuttoned, a scene often repeated on campus during Michigan BUS pre-games. Iman will serve as the group’s VP of Tough Questions, so buckle up if you’re in the Hot Seat, because it’s going to be a wild ride!