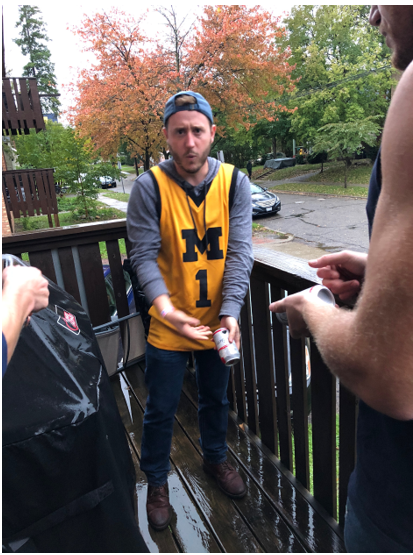 Jason Rock: Given his age, Jason is the resident BBA. Hailing from a small town of 400 people, the “big city” of Ann Arbor was a very big change for Jason. Perhaps it’s the small town touch, but somehow this guy has managed to become friends with all 420 members of the class of 2020. You’ll find him at every social event and after party talking basketball and shotgunning beers that he’s opened with his finger. Jason loves case competitions and will probably find one to enter and win during this trek. His friends describe him as charming, ironic, having mediocre dance skills, and a complete nerd. This summer he’ll be joining 300 of his classmates at Deloitte in Chicago. Interested in this stud? Open up your Bumble and most likely he’ll be the first one there.