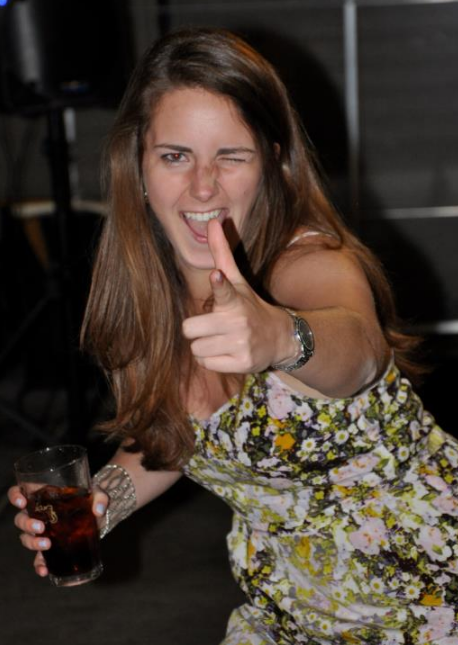 Maggie hails from a GO BLUE family full of brothers – maybe that explains her chillness and ability to put up with Jordan and Mitch’s antics!? After living out of a suitcase, Maggie has returned to her Michigan roots. She won’t shut up about all things Detroit and the future of mobility (seriously don’t get her started on public transit or robotaxis). In her role as President of the Auto & Mobility Club, she’ll drive us in circles around Spain on Europe’s hottest new eScooter, before driving circles around you all on the Whirlyball courts of Ann Arbor (like Mario Kart for lax bros). Maggie is most looking forward to experiencing the local Spanish cuisine because tapas give her an excuse to embrace her “flexitarian” diet, while drowning everything she eats in travel-sized Valentina hot sauce. A mild narcoleptic, don’t be alarmed if you catch her taking a siesta anytime, anywhere. Before you know it, she will bounce back blasting her anthem, “Body” by Loud Luxury, with a coffee in one hand and anything cold in the other, signaling she’s ready to party. That’s right, she’s cool as hell.