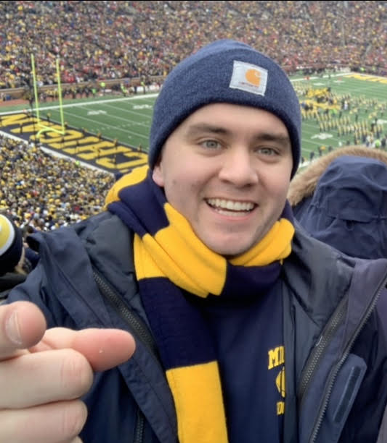 This California dreamboat is possibly the nicest guy on both sides of the Mississippi. There is quite literally never a moment that Robert is not smiling or laughing, except for that one time he shed one single tear during the 49ers’ fourth quarter implosion in the Super Bowl….unlike that disgrace of a team, Robert promises to bring back to SF the “Muy Thai” equivalent of the Vince Lombardi Trophy during the trek. Prior to Ross, he was a Facebooker working in Silicon Valley which means he probably (read: definitely) knows more about you than you know about yourself. Unfortunately for all of us, we only get very limited time with Robert until around May 2021 when he officially departs from the human world and descends down into the unknown where the investment banking devils thrive – until then, he’s ready to Thai one on!

3) Robert refuses to eat regular-sized Slim Jim meat sticks, as he prefers the superior heft and weight of the “Savage” size