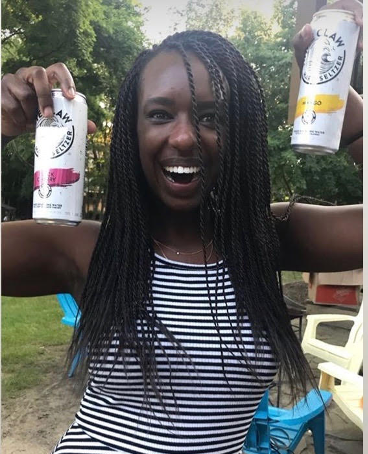 Every trek needs one – that one person who gets everyone amped up no matter the conditions, no matter how exhausted the crew is…thankfully, we have Sandrine! She is known for perfecting her signature move – the “Sandrine Switch” – which consists of the following four steps: 1) getting ready to go to bed, 2) receiving a text asking if she is going out, 3) grabbing a handle of tequila, 4) going out immediately. As the VP of Social on this trek, we fully expect her to bring this instantaneous, ready-to-go mentality while also ensuring you have a Singha or Mai Tai in your hands at all times. Sandrine is originally from Atlanta, went to school at UPenn, placed out of the entire core, and is returning to Atlanta this summer to work at some no-name consulting company that you probably have never heard of (a small shop called Bain) – NO BIGGIE. At least we found one unimpressive thing about her… she likes her bananas fully browned before she eats them (weirdo).

2) Sandrine, despite being from ATL, hates Chick-fil-A with a fiery, burning passion