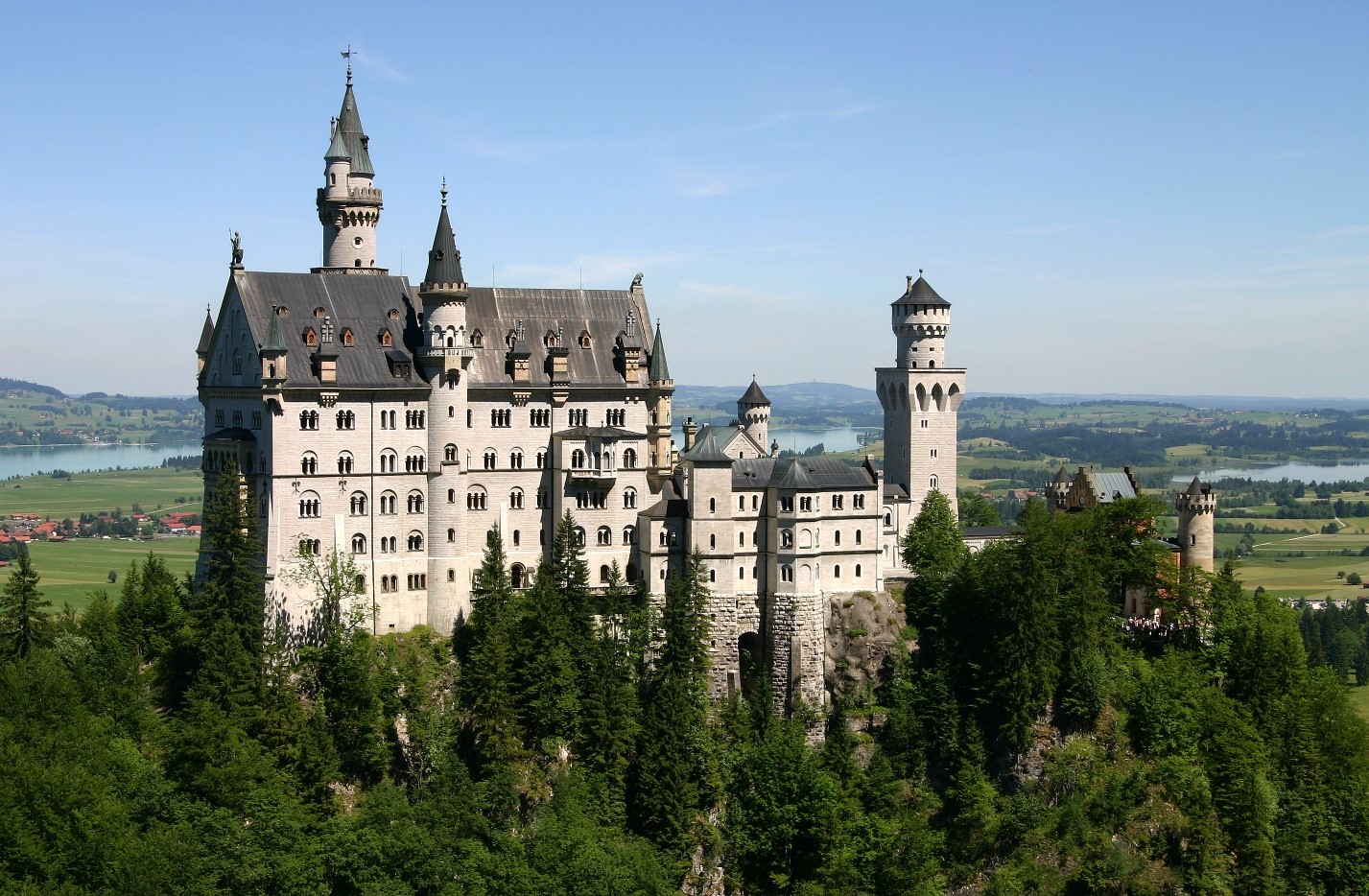 Kick off your Ross journey with this breathtaking trip to some of Europe’s most beautiful cities. Whether you are a lover of art, architecture or just beer, this trip’s got it all. We’ll explore some of the biggest and best castles, gardens, cycle around the inner cities like the locals and have the best beer that Prague has to offer. We will also take in as much natural scenery as we can in each location. Did we mention the scenic road trips? Make sure you got some great stories for the way (not the Business + Impact challenge that you just won).

Say byebye to Ann Arbor and board on our flight to Europe. First stop: Munich! Following the meeting with our tour leader, let’s enjoy the most of the evening at a famous Hofbräuhaus to kick off the trip!

This morning embark on a pleasant stroll through Munich's beautiful and historical Altstadt and take a look back at the city's rich 859-year history. We will visit all the major highlights of the city including Marienplatz, the Frauenkirche (Cathedral), Alte Peter Church, Hofbräuhaus, Viktualienmarkt, National Theater, the Residenz and Odeonsplatz. We will be able to watch the famous Glockenspiel and learn what makes Munich such a desirable place to live. After we reunite for a bike ride of the city, we have chance to stop by the beer garden for supper, what’s better than that!

Today let’s drive to the alpine village of Garmisch at the foot of Germany’s tallest mountain, the Zugspitze where we will visit an amazing spot for another instgrammable photo and then proceed to the famed Ludwigstrasse in the heart of Garmisch’s adjacent and sister village of Partenkirchen. Visit Linderhof Palace and gardens, where there will be free time for the optional tour of the palace interior. Drive to location of Neuschwanstein and Hohenschwangau castles, where we can tour the castle interior. Later we will walk back down to bus, visit Alpsee (with gorgeous lake and view) and see Hohenschwangau castle up close.

Today is the day for Prague, a 3D architecture textbook. Romanesque chapels and cellars, Gothic cathedrals, Baroque palaces and gardens, worldly Art Nouveau buildings, and unique Cubist architecture make it a place with no parallel in the world. You don’t have to be an expert on individual artistic styles in order to appreciate the diversity of the city’s architecture. Just see it yourself, as we will explore the cobbled stone streets in free time!

Day 4 – Wednesday, Aug 21 Did you know that Prague Castle is the largest in the world? 130 meter wide, 70,000 square meters of land and almost 2 million visitors every year, all got it a spot in the Guinness Book of World Records. Later join local guide for an adventure that stops at the most reputable beer sanctuaries in the city. Hop on the Metro as the locals do and navigate your way to four of the favorite beer halls to try their best brews accompanied by typical Czech 'beer tapas' (it’s a thing, we promise!). As we appreciate the delicious Czech nectar, you’ll hear stories about exciting moments in the country’s history. Our Prague beer tour begins at the statue of the Czech patron saint, Saint Wenceslas, on top of Wenceslas Square (Václavské náměstí). After a quick introduction to the tour and the city we’ll make our way to our first stop, at a local beer hall in a former industrial suburb that has become the epicenter of Prague's rough-and-tumble nightlife in recent years. Choose from lots of different kinds of beer and pair it with a hearty pork chilli (veggie options are available), served with horseradish and mustard. Next up, we'll hop on the tram in search of a truly hidden gem, a beer cellar and garden with a jolly and cozy atmosphere that proudly sells a great variety of Czech microbrewery beers! Next, we will take the metro back to the New Town for a legendary stop at a pub where you’ll get to sample more amazing beers and learn about the birth of Pilsner, one of the world’s most famous beers. Hopefully it will assist you to wash down a deliciously Bohemian dessert too- deeeelish!

Depart Prague today and proceed to the southern Bohemian town of Cesky Krumlov. This picturesque medieval town dates to the 13th century and is like something out of a fairytale. Cesky Krumlov (pronounced 'Che-skee Krum-lov') means 'crooked meadow', which is befitting of a town that's nestled in a sharp bend of the Vltava River. Head out on an included cycling trip in the afternoon, across rolling hills and through tiny hamlets.

We will have a day at leisure to explore the area today. Tons of options for us to enjoy a great day: we can explore the city's fabulous masquerade hall, climb the tower for aerial views of the town or just find a secret place to dine. You got the chance to tailor our trip and we will have the “b-school games” waiting for you.

Welcome to Vienna! Stop at the gothic-style St Stephens Cathedral, wander past the grand neo-classical Graben and the Hofburg Palace and finish our orientation of the city at the State Opera House, one of the world's most important opera houses and the heart of classical Viennese culture. Are you an art lover? The city has a vast choice of museums, from the Albertina to those located in the Museum Quarter. In the evening, it’s time for some true Viennese cuisine.

We will have the whole of today to explore Vienna and its surrounds. Schoenbrunn provides a guided audio tour for the summer palace, designed by Empress Maria Theresa. The Gloriette Monument has incredible views of Vienna and the palace gardens are free to all visitors. Vienna is a beautiful city, so let’s try to capture its essence as best we can while we're here. Later we reunite to visit famous old Prater Ferris Wheel, have some fun rides and head out for a farewell dinner to celebrate our European adventure.

With all the beautiful memories in Europe and 10 new BFFs, we are leaving Austria today. Don’t be sad! It’s just another new journey. Welcome to B-school!! 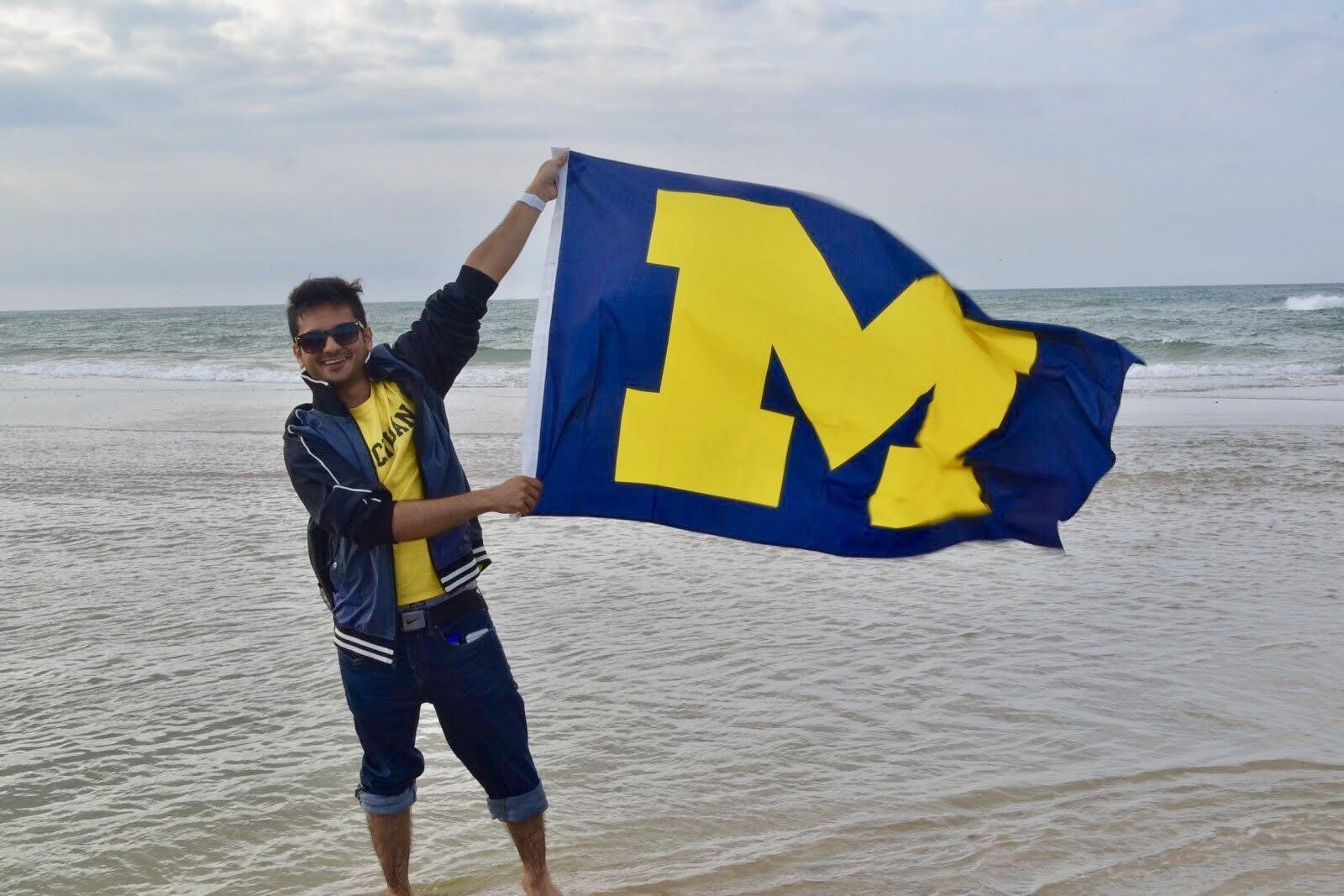 If you consider MBA life in a Venn diagram, you get three sets: Academics, Clubs and Social Life. At the intersection of the three sets is perfection. Keshav lies exactly at some point outside of the three sets. Born and raised in New Delhi, India, Keshav decided to test out his cold weather toughness and moved to the Great White North (aka Canada) for his undergrad. With a classic Engineer to MBA story, Keshav is still trying to figure out life. Keshav looks forward to learn more about the inspiring MBA1s coming into Ross. Also, Keshav loves to write about himself in 3rd person. Let’s get this Eurotrip going and start off a new year at Ross together! 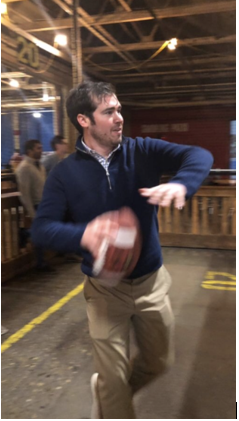 Hailing from Long Island, NY and Chicago, Brian knows his way around a slice of pizza. He spent 4 years at UChicago and 5 years working in economic consulting before landing at Ross. He’s best known by his friends for routinely making plans to meet them at the gym while seldom showing up. Interested in strategy work, the prodigal son returns home to NYC this summer, where he hopes the bright lights will prepare him well to guide this fellowship through the many fine alehouses scattered along this trek. Looking forward to arguing about which Star Trek series reigns supreme (TNG) and getting to know you all! 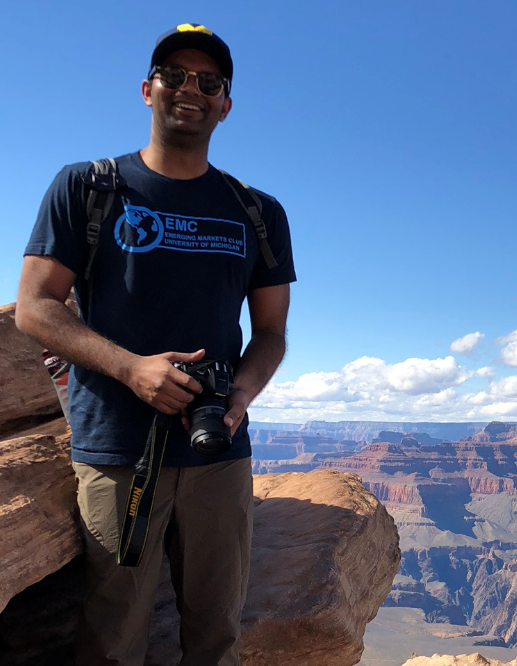 When you think of a southern gentleman, you definitely don’t think of Hari. Born and raised in Texas, this Houstonian studied mechanical engineering at the University of Texas and couldn’t escape from the grips of Oil & Gas. After 5 years, the company retired his safety vest into the rafters when he decided to take his “talents” to Ann Arbor. Hari will hone his BSing skills as a consultant in Chicago this summer. In his free time, he likes to let it rain in Insomnia Cookies (ask the security guard about him) and will tell anyone who will listen that Taylor Swift is the voice of our generation. Looking forward to exploring new cities with new friends! 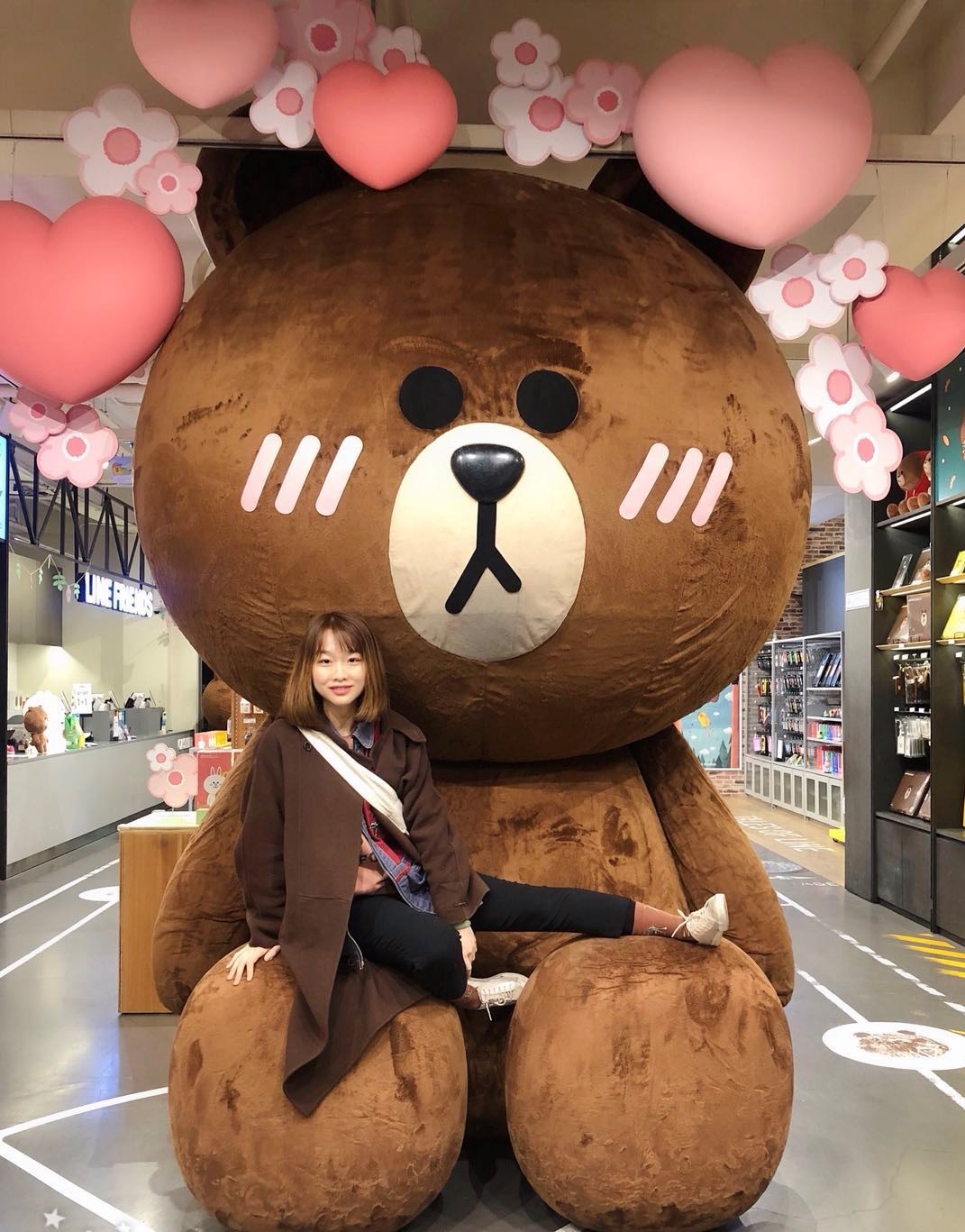 Gloria (aka the mystery woman, aka Ge Wu) comes with a strong background in consulting and extensive world travel. Almost every country we thought of for MTrek had been visited by her. Gloria is the sane one in the crowd and we trust her to keep us safe. She loves to hang out at the open area in Ross and you can easily locate her by the signitured laughter. With (one of) the best MAP project(s) ever, Gloria recently added K-pop to her one of many skill sets (we wonder if her final MAP report will be a dance performance?). While a recently done crazy-accurate “Friends” quiz reveals that Gloria is most like Monica and Ross, her MAP teammates all agree she resonates mostly with Phoebe (what does that mean??). Gloria will be in the mighty city of Indianapolis this summer and we can’t wait to hear more of her stories on this trek. 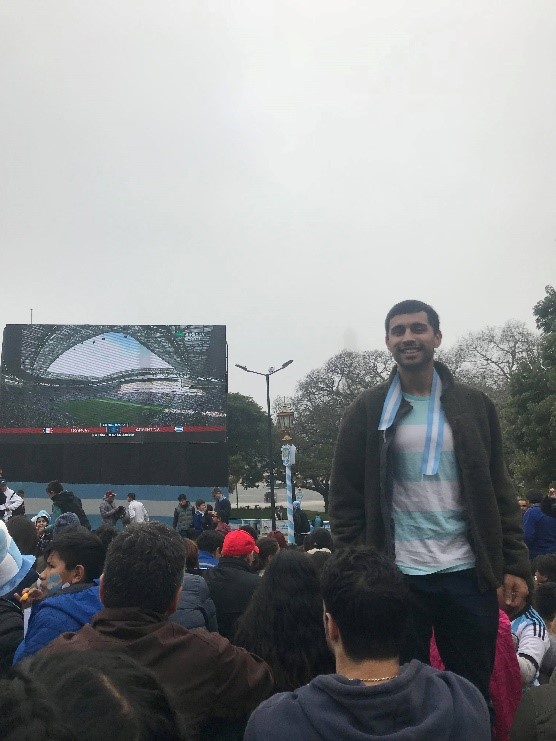 Living proof that a Californian can survive a Michigan winter, but still can’t skate around the potholes of Ann Arbor. Traded the sunny beaches of UC Santa Barbara for Ford Hood, Texas. Served in the 3d Cavalry Regiment but did not get to ride horses. After pretending to understand logistics in the Army, will need to do the same in marketing during the summer. Spends large amounts of time saving the world on my Xbox. Complete history nerd who is known to monologue until asked to stop. Big fan of 2am pizza. Very excited to adventure through Europe with you and this fine crew of MTrek leaders!